How to unlock your phone online ...

It's very simple, your phone must be unlocked when you want to use it with a SIM card other than the original network.
But maybe you think it's not useful, at least for the moment, regardless of whether your cellphone is new or not.
Even if you have just bought a phone, be it new or used, we recommend that you check now, what are the different unlocking methods available for your model.

And this for the following reasons:

- The method differs according to the age, the model

Choose the right tool to unlock.
It's not always easy to navigate the list of online tools. Some sites present an impressive range, without you really knowing what differentiates offers.
This little tutorial will help you, hopefully, we also put at your disposal, a research module, whose purpose is to present you a specific list of tools currently online, depending on the selection you make, as for the make and model of your phone or tablet.
This module is available on the home page of the site.

Step 1 :
Choose the brand and model. 
In the test above, the choice that has just been made, and which has value only for this example, concerns a Samsung model ZV30V.
This deserves some explanation that will help you understand how to find the right tool.

First of all, as you can see, the results page first displays the unlocking tools by networks codes, then the tools available in direct manufacturer code, for the brand you had selected.
In the real page, if you go even lower, you would also display the tools by networks, but this time by country.

It's a safe bet that you will move towards the first tools on the list, ie unlocking by network code.
Why ? Because they are cheaper and as a rule, the announced deadlines are shorter. And it is precisely on this point that you risk making the wrong choice.

It should be known that these tools network, relate to phones that we say clean. that is, their characteristics with respect to this status are as follows:

- The mobile must be more than 3 months old.
- It does not have to be what is called "barred".
Barred means that at least one invoice from the original operator has been posted as unpaid to the customer account.

If you find yourself in one of these situations, well after the announced deadline, you will receive an email from us, informing you that your unlock code is not available, in the choice of tool for which you have opted.
Oh yes, of course, the phone should not be either, what is called "blacklisted", translate that it was declared lost or stolen!
It's crazy, the number of phones that get to mislead their owner!

What happens if you receive this answer? As you rightly say, I paid the unlock and I am told that my code is not available!

The answers we give you in this case, are never laconic. We provide you with the probable reason, for which this code is not available, and in general, we give you the name of the tool you should use, as well as the link to the page where to find it.

However, you will have lost time, while your unlock may be an emergency, the refund we will be made may not be credited immediately to your account, depending on your initial payment method.
And you will have to place a new order!

So if your phone happens to be in one of the cases we mentioned before, then use the following tools directly:

- Or the networks tools, but entitled "(Barred and Not found)"
- Or the tools of the list "Direct Manufacturers"
For example: Samsung France, Samsung Europe, here does not matter to know the original network.

You will find these tools on the full list page.

The case of the iPhone.
In the example we just discussed, it was generic codes for mobile and smartphone, being an iPhone, your reasoning must be the same.
The only difference is that the unlocking will not happen, as for other smartphones, using a code, to enter in a procedure that varies from one brand to another, and even, the most of the time, from one model to another in the same brand.

So what is the iPhone, its release is to change the status of the device in the Apple database.

At the end of our service, you will receive an email, confirming the new status "unlocked !"
Of course, the only one not to be informed that it is no longer blocked ... it's your phone itself!
You will need at this stage, perform an update iTunes, for your smartphone to register this new state, you can then insert the SIM card of your choice, when you want to change network.

Relative price stability.
It should be known that in terms of unlocking, prices can vary significantly, according to so many criteria that we will not venture to develop them here.
These fluctuations can be recorded over longer or shorter periods, whether up or down. Of course, we pass it on in our own rates.

Lifetime.
Regardless of the tool, whether operator codes, direct manufacturer codes, which also include calculators specific to certain models of phones, know that these solutions, may sometimes be unavailable for very variable periods or even even completely disappear from the "Unlock" landscape.
The tool that was used to unlock a particular model is then removed, in general it is quickly replaced, certainly, but not always at a price as interesting as the previous one, at least at the time of its release.

In summary, it is therefore preferable, for the various reasons we have just mentioned, to have your phone unlocking, as soon as possible.
On the one hand, you pay the current price, on the other hand, when you really need to unlock, it may be in a hurry, and you may be faced with a delay in receiving unlock code.
People do not necessarily unlock to radically change the phone network. People may need to unlock a phone simply for a trip abroad, but also in case of resale of the device, especially given the constant technological advances in this market, we change much more often of model than network!

1 :
Select your phone and register your order.

3 :
Your code is delivered
by email, find it also in your space:
Fast Tracking / Order Tracking 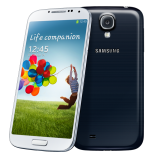 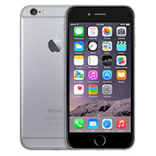 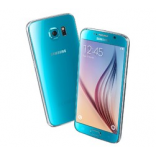